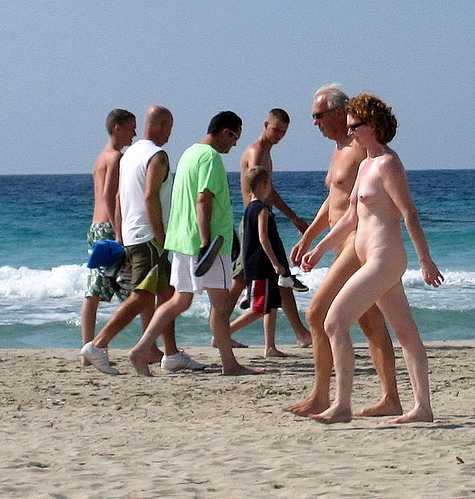 When you are a nudist, you know deep inside the profound well being provided by being naked. In my humble opinion, this is what unites all nudists in the world. Being naked feels good. It feels better than being clothed. Because we consider our bodies are the natural envelope to our soul, we do not feel any shame being naked, are comfortable being seen naked and seeing other naked.

On the other hand, for non-nudists who have been raised with body shame, nudity is neither comfortable for themselves nor for others. They tend to associate nudity to sex, and to shame. Body acceptance is a critical topic that has been addressed many times, and nudism is one of the ways to be better with it. However, this is not my train of thought here. What I want to go to is the fact that seeing a nude body generates an emotion in non-nudist minds.

When it’s a positive emotion, it’s called arousal. When negative, it’s distress or alarm. This is why non nudists associate a naked body either to sex or to shame. In both case, a naked body should remain private. For a nudist, the vision of a naked body in a public environment does not generate any emotion, neither positive nor negative. We may be happy and aroused because we recognize somebody we love, but will not be aroused by his or her naked body in that context. As for the negative emotion, the body shame, it’s unknown to a nudist.

Therefore, between sex and shame lies a third way: a naked body is just that, a naked body.

Now, let’s move away from nakedness for moment, to enter the world of clothes. Clothes are often used as a statement. We may like some and dislike others. If I like, let’s say leather trousers, I do not expect people to complain to the police because seeing my leather trouser will cause them alarm and distress. Therefore, the people who do not like the way I dress will have to go beyond my leather trouser if they want some social interaction, or not. Now, we all know that clothes can carry strong messages. Very high heel shoes, miniskirts and shape-up bras can convey a sexual message (but does not make the woman who wears them a sexual object, it’s another topic), as an open shirt on a muscular chest or a tight T-shirt.

However, whether clothing’s a statement or not, whether I like or not the way other are dressed, I respect their choice. I believe in diversity and in freedom of choice. As a nudist, I respect other’s choice of clothing. As a nudist who happens to get dressed sometimes, I expect others will respect my choice of clothing. And as such, I expect others will respect my choice of not wearing any clothing, as the third way I was referring too: my naked body is just that: a naked body. It can be seen as statement or it can be seen as just being who I am naked. 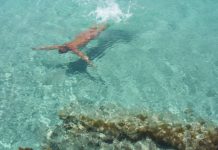 5 Activities to Discover or Enhance Naturism